skip to main | skip to sidebar

By: C.J. Buskey
Produced and edited by: Molly Nocheck

As the Republic of Korea’s elections enter the final stretch, presidential candidate Ahn Cheol-Soo has some ground to make up, as he trails New Frontier Party nominee Park Geun-hye by nearly 10 points, according to a recent poll conducted by Realmeter and JTBC.

Yet, Soo may have other issues to worry about, including recent accusations that he plagiarized some of his research papers at Seoul National University. Ahn graduated from Seoul University’s medical school in 1991, but his work in question is research published two years later, which was suspected to copy a work by The Korean Society for Thoracic and Cardiovascular Surgery.

Soo is just one of the more prominent examples of the deeper problem of copying and plagiarism in South Korea, a problem that hasn’t been getting much attention.

“My Korean partner says that it's a big problem,” says Seoul resident Joe McPherson, who runs the Korean food blog Zenkimchi. “Those types of ethics aren't taught at all in the schools. It's funny that the Korean word for cheating on a test is ‘cunning.’” Plagiarism has not only affected students in South Korea, but also has been practiced by some of its professors. Two professors from Seoul National University were investigated for plagiarizing stem cell research earlier this year, the same University that saw Professor Hwang Woo-Suk fired for fabricating much of his cloning research in 2007.

While South Koreans are taught not to plagiarize during schooling, Seoul patent attorney Kim Yun Mi says she thinks it isn’t taken too seriously.

“In middle and high school, I was taught ‘not to plagiarize’ in several of my classes, but I was never told how serious of a problem plagiarism is,” she said. “It’s become very serious problem and before the past couple of years, it was considered a usual thing.”

Steve Herman, President of the Seoul Foreign Correspondents Club, goes even further in theorizing where the roots of South Korea’s plagiarism problems begin.

“It’s obvious that the approach towards academic plagiarism is more lax in South Korea than in the United States,” said Herman. “Based on discussions with students and academics I’ve had, the problem seems to be endemic and systemic.”

One theory that McPherson proposes is the concept of “Rote memorization”, which is a theory of learning strictly by repetition.

“Rote memorization is the dominant education model rather than critical thinking. This comes from the old Confucian scholar system that has been embedded in the culture for centuries,” he said.

South Korea’s plagiarism problem extends far beyond its academic institutions, however. Many of South Korea’s businesses have been caught copying foreign products, including the most recent example of Samsung v. Apple. Copying also affects other aspects of Korean life, such as the K-Pop music industry and even the cars they drive. “Automotive design nowadays is much better than it was in the past, but in the past, most automotive design copy the Japanese,” said Will Kim, who spent 26 years in Seoul before moving to New York.

Japanese products aren’t the only ones being copied either. Devon Weber, an English teacher in Seoul, says he sees copied American products almost everywhere, with multiple brands copying the same product. “The North Face, for instance, has a rip off brand here called ‘The Cools Place’. They also have brands called ‘The Red Face’ and ‘The Black Wind’, all of which are blatant rip offs,” he said. 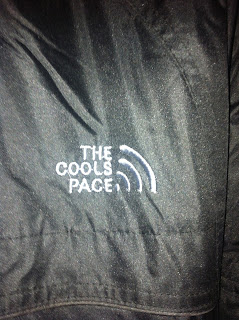 Products like the North Face have come under intense scrutiny from the South Korean government, largely because the country fears influence from foreign brands. Korean officials seem to only want South Korean businesses to be successful to help promote nationalism. McPherson has seen this in action first-hand.

“A Canadian friend of mine runs a great burger joint, and he does it on his own,” McPherson said, “he recently ran into obstacles in renewing his investor's visa. During the process, an immigration official said, ‘Why don't you get a Korean partner to make this easier?’”

Fortunately, however, plagiarism and copying is beginning to attract more attention than ever before in South Korea.

With plagiarism continuing to make international headlines, such as in the case of Cheol-Soo, it also serves as a black eye for a country that has been trying to separate itself academically from other economic superpowers, such as the U.S. and Japan.

The United Nations Index rated South Korea 7th out of 176 countries for its education system earlier this year. If South Korea hopes to maintain this ranking, weeding out plagiarism in its universities will be essential.

“I would expect as South Korea endeavors to bring its high education system up to a global standard and there are greater exchanges of academics and students between this country and the West, then awareness will grow and the standard will gradually improve here,” said Herman.

As for Soo, the investigations into his alleged plagiarism have come to a halt for the moment, as Seoul National University announced last week that they had found the papers in question “OK.”

The purpose of the Young African Leaders Initiative (YALI) Connect Camps is to invest in the next generation of African leaders through intensive executive leadership training, networking, and skills building, which will prepare them to make social change in their communities. The core Ohio University team working jointly with The Collaboratory at the U.S. Department of States Bureau of Educational and Cultural Affairs has designed a program for the YALI participants called Connect Camps taking place in sub-Saharan Africa to pursue the following goals:

1) Give up to 160 young African leaders the opportunity to collaborate, learn, and network with U.S. and African resource experts and with each other during the eight YALI Connect Camps; to develop innovation strategies that build on their professional skills, engage in hands-on experience with low-bandwidth technologies, conduct community outreach, and build their capacity through mentoring, networking, and using strategic civic leadership for social change.

2) Use a stimulating canvas model of leadership to develop skills in entrepreneurship and creating social change by engaging in five-days of facilitated interactive sub-group workshops, and fostering mentorship relationships between the Mandela Washington Fellow alumni and their chosen mentees for the Camp.

4) Develop leadership skills among delegates through mentoring relationships, between themselves, as well as with American and African facilitators.

5) Provide participants with opportunities for face-to-face networking and to facilitate a collaborative, innovative project or projects that further YALI goals.

Various U.S. Embassies in Africa have been instrumental in the selection and coordination of hosting the Connect Camps. The YALI Connect Camps are funded by a grant from the U.S. Department of States Bureau of Educational & Cultural Affairs and administered by the Institute for International Journalism (IIJ) at Ohio University.